A Look at the Housing Market as we Head into Q4

New home sales for September 2020 are up an astonishing 46.9% compared to September 2019, and up 2.7% from the previous month. BDX’s National New Homes Consumer Search Index shows that demand is still up 38% during a time of year that usually sees home sales plummet. While consumer demand dropped slightly from peaks during the summer months, this level of demand is still remarkable for this time of year.

We’re continuing to experience record-breaking growth, and that growth is showing no signs of letting up. The largest year-over-year changes have taken place in large markets with populations over a million.

The economy and housing market are normally closely linked, but we’re not seeing that this year. Some of the strongest markets for new home sales also have some of the highest levels of unemployment in the country. Nationwide, new home sales make up 14% of total closings. Normally, that number is closer to 10%. 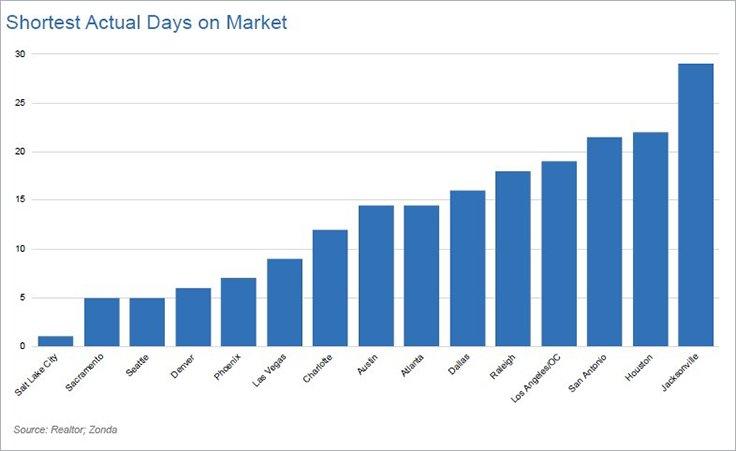 Around mid-October, 90% of builders reported that they raised base prices when compared to mid-September. Another factor driving demand and the ability to sustain these higher prices is the fact that mortgage rates are still at all-time lows. What we’re seeing is that market and price point have not reached a breaking point: prices have continued to increase year over year, and they’re happening across the board: 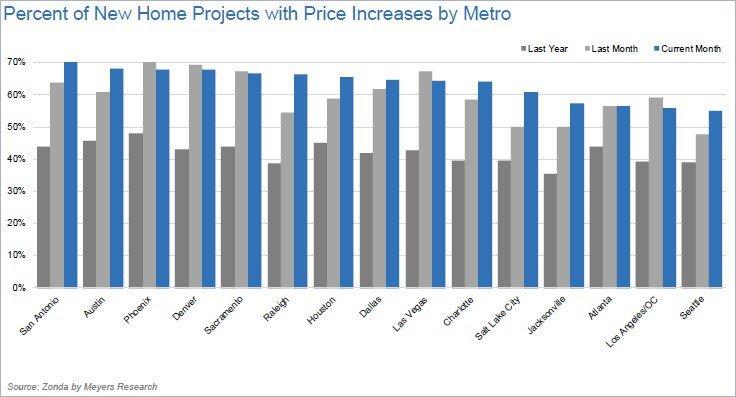 But, Builders Didn't Plan For This Kind of Success

All these numbers paint an incredibly rosy picture for the home building market. Going into 2020, the industry expected a conservative 5-10% growth - not 47%. The downside to this accelerated growth is that consumers are purchasing new homes faster than builders can finish them.

Halts in production earlier this year, combined with several hurricanes and fires on the west coast that delayed mills and plants’ manufacturing, have made it exceptionally difficult for builders to get all the materials they need to continue building.

Builders have seen a 47% increase in contract sales. They’ve depleted their spec home inventory, exceeding starts. Contract sales continue to outpace starts, and we expect starts to increase even more in 2021.

It’s also extremely difficult now to find large lots of land that are ready to build on right away. Lot supply has dropped 8% year over year, according to Zonda’s New Home Lot Supply Index. This general downslide over the years only became worse in Q2 as demand began to skyrocket.

The Economy is Recovering, but Still Damaged

During our Market Intelligence webinar, Zonda’s chief economist Ali Wolf shared that she expects the next two quarters to remain really strong. However, there are still some key risks to watch out for:

Any one of these risks can impact the astonishing growth we’re experiencing today, so it’s important to monitor them all closely. We’ve partnered with Zonda (formerly Meyers Research) to produce monthly Market Intelligence webinars to help builders do just that.