DESPITE CHALLENGES, 2022 HOUSING MARKET IS UNLIKE 2008

What’s really happening with the economy is the question of the year, and depending on who you ask, the answer is different. Factors such as employment status, state of residence, age, and education level may partially determine the answer. A fifth factor usually provides more context – home ownership. The recent frenzy in the housing market with changing interest rates and housing prices has many people flashing back to the 2008 housing crash. However, when you really look closely at the economy right now, things are very different than 2008.

According to federalreservehistory.org, the recession around 2008 was marked by an overall 4.3% decline in GDP. The first two quarters of 2022 were in decline, but estimated to be by less than 1%. Property values hit a low point in 2008 when the 30-year average mortgage interest rate was at 6.03%, which is near where we are now, but that rate had been hovering around 6% since 2001.

In the decade-plus since 2008, interest rates steadily dropped. In 2021, the 30-year average mortgage interest rate fell to an all-time low of 2.96%. With rates around 6% at the time of this writing, and property values increasing right alongside, it could be said we are normalizing, and that the building industry has a fair outlook. Home building is the ultimate interest rate industry, which sparks plenty of concerns with the current rising rates, but there is reason for optimism that the real estate and mortgage companies may well drive right through this period. 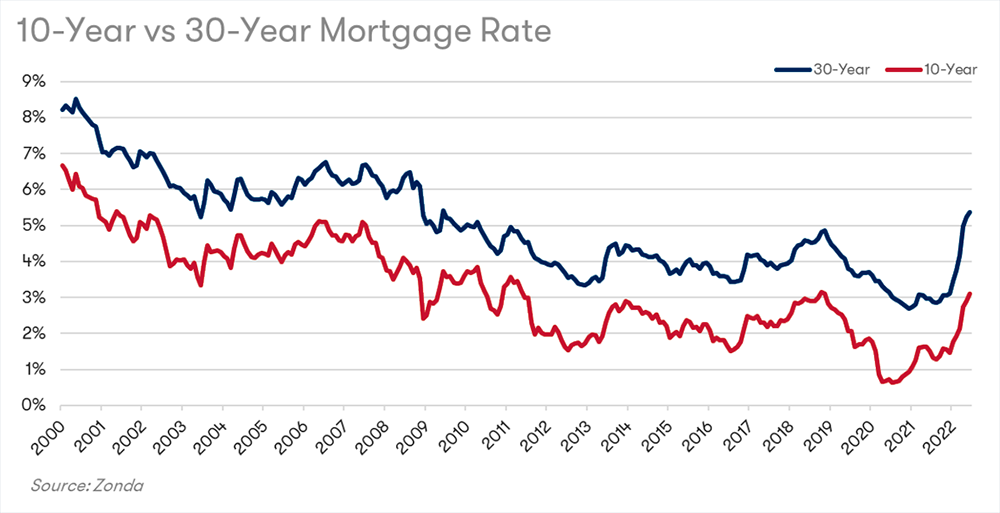 Additionally, the average age of first-time buyers now is 33, and “stage of life” can be added as a sixth socioeconomic factor influencing home ownership. Stage of life often predicts debt to income ratio, a key indicator of financial health. Today, many households carry slightly more debt than their annual income, but in 2008, most households carried about twice their annual income in debt.

The near future is promising for the millennial market. About 40% plan to buy soon, potentially within a year, but with the caveat that limitations in inventory are slowing them down. About 20% are either waiting for prices to drop or to have enough of a down payment, which they believe is going to be within 5 years. Only 2% of millennials “never” expect to buy.

Many of those millennials around 33 years of age are planning to move up. Where inventory is available and sales rates are up, such as Dallas, Orlando, Charlotte, Los Angeles, and Tampa, the intersection of these two market dynamics looms well for builders.

Further, much like millennials are coming of age for the housing market, many homes themselves are coming of age for remodeling. Single family homes between 20 – 39 years old are considered to be in their “prime remodel years,” and the number of homes within that range is set to increase significantly in coming years. Many potential homebuyers say they would be willing to buy a home that needed renovations if they get a great deal or if the repairs are minor.

Another good sign for those looking to buy is that housing inventory is finally starting to improve. The number of homes on the market dropped sharply during the pandemic, which is part of what led to rising prices, but there are currently more active listings on the market than any point since late summer 2020 (but still below 2019 numbers), and this appears to be a consistent trend across the country.

THE CURRENT CHALLENGES ARE REAL

All the reasons for optimism are not meant to dismiss current challenges. The issues builders and realtors are dealing with are real. Because interest rates have increased this year, and home values have also increased, individual buying power is lowering. In some markets, the change in a mortgage payment for the same house has risen 32 – 47% for many buyers in certain areas.

As a result of these changes, more buyers are being more cautious. Some builders have seen their share of homebuyer's remorse. Contract cancellations steadily increased between February and June, and a higher percentage of deals have fallen through since the early days of the pandemic. This means fewer incoming sales, which means more time and money lost as pricing is lowered, and some homes going unsold and into the rental market.

SOME FIRST-TIME BUYERS ARE FEELING FRUSTRATED

For first-time buyers, it is getting harder to buy a home. Across the country, first-time buyers have seen mortgage payments increase to 25.6% of household incomes, the highest in three years. For example, first-time home buyers in California’s four largest cities have the biggest gap in income and affordable housing. This is where that 32% or more mortgage increase really adds up for first-time buyers with no equity from a previous home.

THIS ECONOMY IS VERY DIFFERENT THAN 2008

When you look at the headlines, you might see references to a bubble and other concerns, and that can seem intimidating. So, it makes sense that hesitancy from buyers is our number one concern, but it's important to understand and be able to explain how this market is very different than 2008. Certain economic points do create a lot of fear, but looking at the bigger picture should set a different expectation.

When you look at buyers over the last couple of years – they’ve made down payments, had great credit scores, and debt-to-income ratios have been reasonable. That’s important to remember because in 2008, 26% of mortgage loans originated had a credit score under 660. Today, it’s 6%. Back then, only 24% of borrowers had a credit score of 760+, today it’s 70%. These mortgages are stronger. 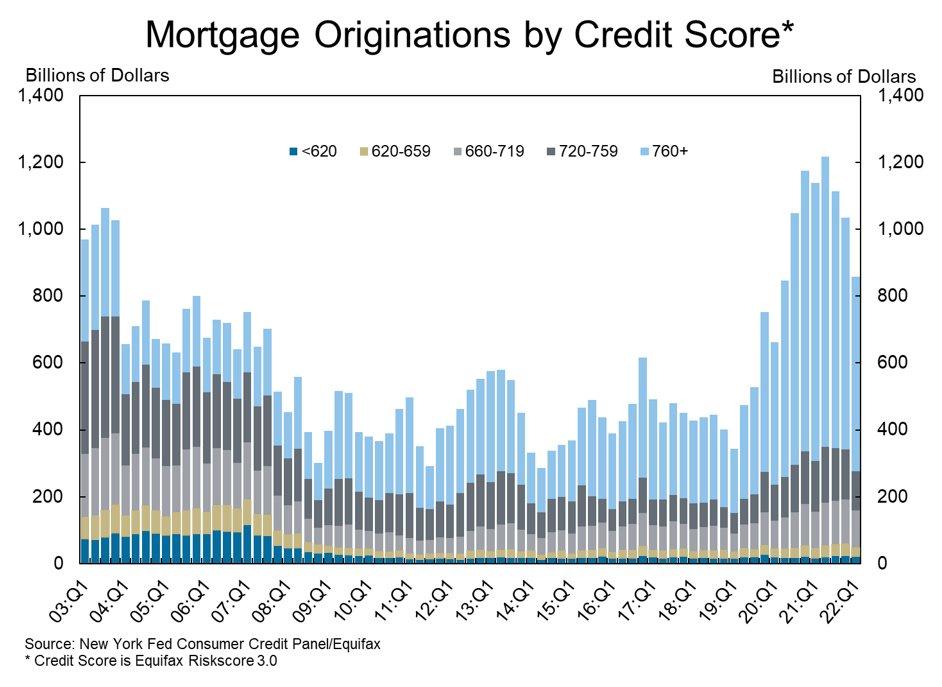 Any headwinds can be a cause for concern. Heading into the end of 2022, there are challenges in the building and housing industry, but there is also reason for optimism. There are promising signs that this storm will be weathered without suffering through another collapse like 2008.

This article is for informational purposes only. Market data is presented as of the development of the article and is subject to change.